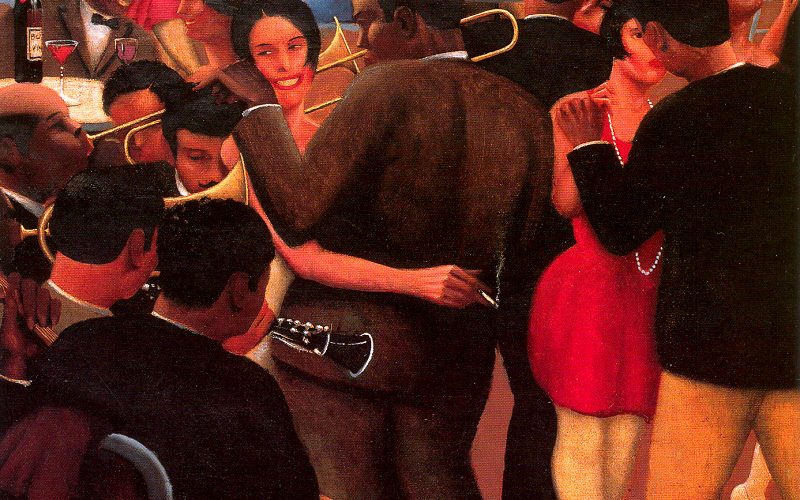 Charting a course roughly post WW1 through to the mid-to-late 1930’s, The Harlem Renaissance was a movement which, above all else, demonstrated the stunning creativity of African-Americans despite the plethora of injustices and prejudices they faced, and in spite of a systemic racism – political, social and structural – that seemed committed to establishing a narrative of inherent racial inferiority/superiority. Indeed the literature, music, paintings, sculptures and photography that emerged from Harlem in these decades are a bold affirmation of life, a resounding challenge to the status quo and a showcase of the spirit, talent and artistry of Black America.

During the first wave of the Great Migration, Southern black folk travelled to, and settled in, cities mostly in the North of the country – cities such as Chicago, Detroit, Pittsburgh and New York. In New York City, the travelling masses seeking greater opportunities and fleeing violence in the South gravitated to Harlem. Though still beset by a different type of oppression in the North, areas such as Harlem gradually became somewhat of an enclave for African-Americans. Thus, the grand avenues and tenements originally built for, and subsequently abandoned by, the white middle-classes in the late 19th century, played host to some of the most influential thinkers and artists of the 20th century; Harlem became a hotbed of black culture and creativity.

Prominent artists, intellectuals, academics and community leaders found it easy to mix and swap ideas, whilst young, aspiring creatives cut their teeth in and drew inspiration from an environment that was conducive to their growth and let them breathe and express themselves. Musicians such as Louis Armstrong, Duke Ellington and Billie Holiday, authors and poets such as Langston Hughes, Zora Neale Hurston and Claude Mcckay  and intellectuals and leaders such as Marcus Garvey, W.E.B Du Bois and James Weldon Johnson all came to Harlem, or produced works associated with the movement and the era.

Whilst there certainly was an explosion of ideas and art in this period, this renaissance was also subject to certain criticism. The ‘vogue’ that Harlem experienced due to its burgeoning creativity, its rich culture and its inimitable nightlife, the widely practiced patronage of black artists by white benefactors (sometimes with ulterior motives), and the controversial ideals of ‘primitivism’ imbue the renaissance with a definite complexity. Whilst much of the art produced helped to reshape attitudes and prejudices, some was criticised for being exploitative, reinforcing stereotypes and for fuelling damaging and incomplete narratives of African-American’s as held by mainstream white America.

Regardless, the complexities of the Harlem Renaissance are as fascinating as the creative works that emerged from it. Though a few works might be criticised for feeding the voyeuristic desires of a white readership, it is undeniable that this renaissance was one of the most important, if not the most important cultural moment for African-American’s in the 20th century. The music, paintings, sculptures and photographs that emerged from this period laid the foundations for later Black Arts movements, and marked a watershed moment when individual, black voices – be they laughing, crying, shouting or just speaking – began to be heard, appreciated and respected.

In celebration of the period,  we’ve compiled a list of some of the most prominent figures involved with, and inspired by, the Harlem renaissance. Read up on them and view some of their works below:

Whilst the majority of Lawrence’s body of work was conceived outside of the general time period of the Harlem Renaissance, his early formative years were spent in Harlem attending classes and community art centres where he was mentored by the likes of Charles Aston and Augusta Savage. His artistic sensibilities and his distinctive style, in many ways, draw heavily from these experiences of a Harlem that was brimming with verve and vitality. Bold colours and a cubist composition define much of Lawrence’s work, and Lawrence himself  often used to refer to his style of painting as “dynamic cubism“. The artist was committed to exploring and depicting black history in the USA; early portraits of Frederick Douglas and Toussaint Louverture brought acclaim, whist  the ambitious ‘Migration’ panel series – completed when Lawrence was just 23 years old – remains one of the most vivid chroniclings of American history to this day.

Born in Boston, Massachusetts, painter Lois Mailou Jones’ career extended throughout the Harlem Renaissance and beyond. One of the few African-American female painters to achieve fame abroad as well as at home – she was especially influential in helping to ‘visualise’ the Negritude movement –  Jones’ work celebrates African traditions, styles and aesthetics. Though perhaps it is her bold watercolours of the Haitian Landscape and people for which she is best known, Jones’ success all throughout the 20th century – in portraiture, landscape works, still life and abstract pieces – clearly marks her out as being not only one of the most influential artists associated with the Harlem renaissance, but one of the most influential artists of the 20th century.

Perhaps one of the best known artists associated with the Harlem Renaissance, Archibald J. Motley, Junior’s paintings captured the multiplicity of black experience, presented the multidimensionality of blackness (some argue to counter the simplistic ‘one drop rule‘) and strove to validate the oft-denied humanity of African Americans in the USA. Though Motley never actually lived in Harlem – indeed he grew up and spent the majority of his time on Chicago’s Southside – his works captured the spirit of a “black renaissance” that was not just confined to Harlem or Bronzeville, but was happening across the country. From vibrant, modernist works such as Nightlife – which depicted the energetic jazz and club scene of Chicago’s Bronzeville neighbourhood – to a series of more formal portraits throughout the 20’s and 30’s  – such as Octoroon Girl – that explored identity, skin tone, individuality and the points at which these things intersect: Motley’s colourful chronicling of a black experience captured the essence, politics and feeling of the era.

Though arguably met with as much criticism as adulation, specifically for the way in which he depicted African-Americans in some of his paintings, Palmer Hayden continues to be one of the most prominent figures of the Harlem Renaissance. After leaving the army, Hayden pursued formal art training at the prestigious Columbia University and, though his boyhood dream was to become a fiddle player, he became a prolific artist and produced sketches, water colours and oil paintings of seascapes and landscapes as well as works depicting both an urban and rural black experience. Like many other artists on this list, Palmer lived and worked in Paris for some time, though he was drawn back to New York in the early 30’s, upon which he explored race, perception and conflict through the lens of Harlem, its inhabitants and the bold imagery it provided. Though still a controversial figure, Hayden often spoke out against racism and racist policies – and continued to explore these things in his art – until his death in 1973.

Augusta Savage’s artistic skill was evident from an early age – she made numerous clay models throughout her youth and, as her talent grew and attracted more attention in her home state of Florida, eventually helped her gain admission to Cooper Union Art School in New York City in 1921. Again, here her remarkable talents caught the eye, leading to extra sponsorship and funding and the completion of her degree in just three years. Not only can Savage be credited with crafting compassionate and strong portrait sculptures of the likes of James Weldon Johnson and W.E.B Du Bois, but other works such as Gamin, Lift Every Voice and Sing, and The Pugilist demonstrate a keen eye and a clear, artistic vision. Not only did Savage create however, she taught and inspired others (such as Jacob Lawrence and Norman Lewis) to create; her mentoring of young artists in the Harlem community demands as much respect and admiration as her amazing body of work.

Perhaps one of the most famed African-American photographers of the 20th century, James Van Der Zee is best known for his distinctive portrait photography that documented Harlem’s emerging middle class. Having developed a passion for photography at an early age, Van Der Zee alternated between New York and Newark residences from 1906, working as a waiter and elevator operator, until he managed to set up his own Harlem studio – Guarantee Photo – in 1916. A pioneer in many senses of the word, Van Der Zee would often use double exposures, combine numerous images and meticulously retouch negatives in order to achieve his vision – or what he “thought should be there”.  Van Der Zee shot portraits of many influential and famous figures such as Marcus Garvey and Countee Cullen, but his camera also captured scenes of Harlem citizenry in music halls and on the street. Though the advent and widespread availability of personal cameras saw the demand for professional photography  work decrease, Van Der Zee found a resurgent fame in the late 60’s  when his work was rediscovered and celebrated by photo-historians and aficionados.