In the skateboarding world, they don’t come much more influential than The Gonz. Your favourite skater’s favourite skater, father of the modern street style, perpetually young at heart, constantly pushing boundaries and always, always doing his own thing. For many people, Mark Gonzales personifies the inherent creativity that resides at the heart of skateboarding – not only by skating with a fluid, free and innovative style, but by constantly creating, both on the skateboard and off it.

Mark’s ‘career’, though it feels wrong to attach such a word to his time in skateboarding, is strewn with a long list of ‘firsts’; A pioneer of street skateboarding, one of the first dudes to skate handrails (along with other legends like Natas Kaupas) and the first to throw down at Wallenberg, he has always pushed the envelope of what is possible. He’s a shining example of the best that skateboarding can offer, a fact that probably contributed heavily to Transworld’s decision to name him the ‘Most Influential Skateboarder of All Time’ in 2011. But the more time you spend vicariously kicking it with The Gonz through his video parts, through short films or through his artwork, the more you realise that his unique personality and his creative endeavours transcend the boundaries of skateboarding culture. His particular, liberating brand of peculiarity and the method and madness that characterises his existence is inspirational to skateboarders and non-skateboarders alike. As such, we’ve compiled a list of ‘things’ – skateboards, video parts, poetry, art and more – that showcase the talent, individuality and enthusiasm of the indefatigable Mark Gonzales; Skateboarder, artist, luminary.  Enjoy!

In 1991 Blind Skateboards released Video Days; the Spike-Jonze-directed cut has occupied a lofty place in skateboarding culture ever since. There are amazing parts from Jason Lee, Jordan Ritcher, Guy Mariano and Rudy Johnson, but The Gonz’s part as a whole is nothing short of poetry. Set to the cascading rhythms of John Coltrane, Mark embarks on what is, in many ways, the skateboarding equivalent of jazz- cruising, grinding and wallie-ing through the streets with unparalleled fluidity and a natural talent for improvisation. Looking back at it now, it’s easy to argue that the skateboarding in his Video Days part is emblematic of his creative vision. Freedom, style, energy are words that spring to mind when trying to describe it, and looking at his artwork and other creative ventures, you can see that they exhibit the same loose, fluid and unfiltered tendencies. And, even if you don’t go in for the whole reading-things-into-his-skate-part shtick, you’ve simply got to appreciatethe bangers in his part and the finesse with which he executes them. The Meanwhile Gap, Wallenberg, Boardslides on double-kinked rails and slick car park footage; all of it just makes you want to go and skate – the telltale sign of any great video part.

Some of the Coolest Graphics Ever 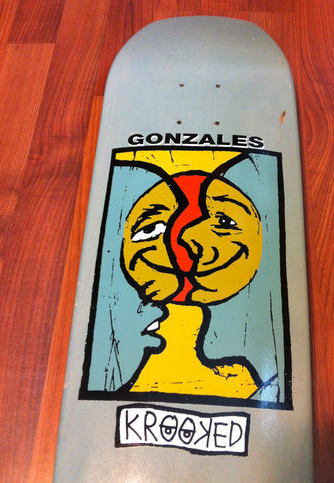 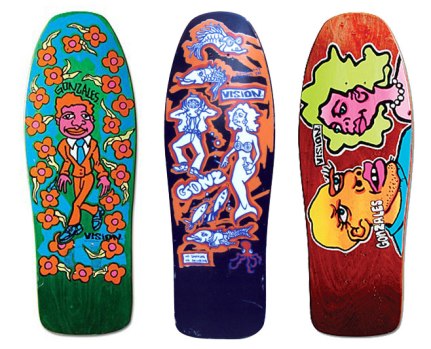 From his early Vision boards to the short-lived ATM Click stuff and from the Blind days to a catalogue of designs for Krooked; Gonz has designed and released numerous graphics and decks that skateboarders still clamour after to this day. Even if you’re not familiar with the artworks that Gonz creates outside of skateboarding, throughout the years his graphics have familiarised skateboarders with his distinctive characters (from the sweatpants figure to the Krooked Shmoo) and his unique eye. To this day, Gonzales continues to head up the artwork at Krooked as well as provide guest graphics and partake in collaborative designs with numerous other skateboard brands.

Acting Chops in Spike Jonze’s ‘How They Get There’

Yeah, Gonz has acting chops too! He’s starred in a few commercials throughout the years, most of which have been directed by skateboarder, filmmaker and co-owner of Girl Spike Jonze – the same guy who cut his teeth filming Video Days back in the early 90’s. This short film entitled ‘How They Get There’ however, is a particular favourite of ours. It was Jonze’s first short film and, for our money, the dark comedy, goofy enthusiasm and slightly surreal subject matter suits The Gonz to a tee.

Prolific is certainly a word that comes to mind when considering the artistic endeavours of The Gonz. He’s been making zines and writing poems for years and lauds the former medium as one of his favourites for the sheer creative freedom that they allow. Physical copies of his written works are insanely hard to come by – indeed the latest collection of his zines entitled Non Stop Poetry: The Zines of Mark Gonzales had a limited release and only 2,000 copies were made. This 2014 collection aimed to collate the zines that Gonz had been creating and releasing, in limited numbers, since the early 90’s – some of which were collaborative endeavours with the likes of Harmony Korine and Cameron Jamie. The pages are filled with illustrations, poems, photographs and reflections that shed light on The Gonz’s spontaneous, erratic, yet inimitable and infectious artistic temperament.

Part of the joy of watching a Mark Gonzales video, aside from the skating, is just watching him be. Edits like Weekend with Gonz from Fourstar’s Super Champion Funzone give you a fly-on-the-wall perspective from which to witness the method and the madness of Mark. The numerous little glimpses you catch into the mind of one of skateboarding’s most creative personalities are simply golden. There’s nothing quite like a video of Gonz cruising around the streets of NYC – he does so with such a carefree and buoyant attitude and it reminds you that there’s a whole world out there to experience. But enough analysing – watch the video and you’ll see what we mean. 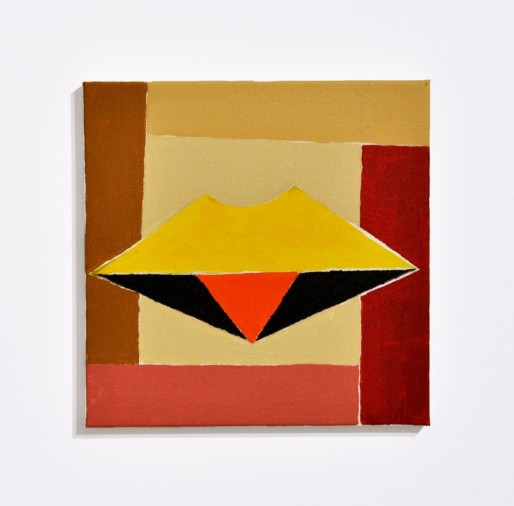 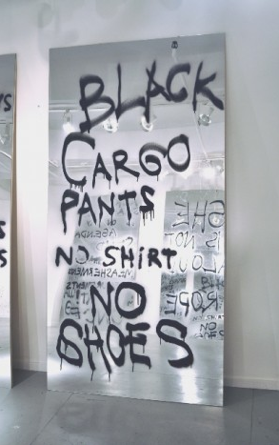 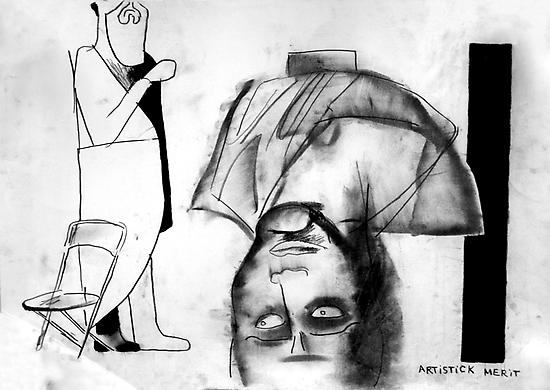 Though there’s definitely an argument for calling most of the things that the Gonz does ‘Art’, but he has a substantial body of physical art as well; from sketches to installations, photography exhibitions to short films. As we’ve mentioned, a notable fluidity characterises most of his endeavours – whether it’s rolling through some of his favourite NY spots, spontaneously committing his inner dialogue to paper in the forms of poetry or zines, or sketching out a scene from his mind’s eye. We’ve included a few examples of his work above, ranging from the late 90’s to the early 2010’s, but you can peep more here.