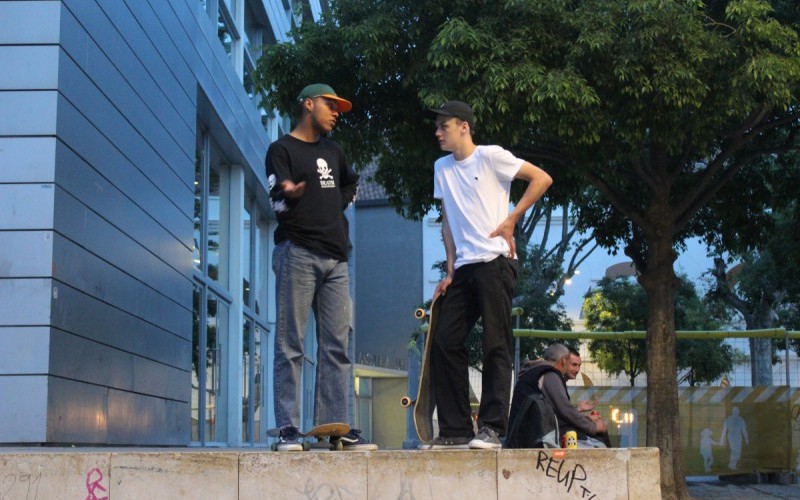 Welcome to Hot Spots, our new feature that aims to celebrate, archive, and remember some of the biggest, baddest and coolest spots in the Skateboarding world. We’re gonna bring you a healthy mixture of immediately recognisable classics, some solid and current spots, as well as hidden gems and up and coming sites – but all of the places we ‘visit’ will hold some rich skateboarding history.

Our recent excursion to the much-loved skate paradise of Barcelona has inspired us to start off Hot Spots with the well known Big Four at MACBA – the museum of contemporary arts. Even though it’s a big three now, it’s still a hefty set. More than enough footage has been captured of the big four however, to warrant a look back at the great tricks that have been thrown down.

Skate past the perfect marble ledges situated at the front of MACBA, dip round the side and through the gate, and you’ll be confronted with the set in all its glory. It’s a popular and renowned spot so you’re likely to run into a few skate heads both local and from further afield. Not all who make the pilgrimage are lucky enough to come away with the trick they want however, and that’s probably down to how big it looks when you’re up there (even as a three), and the slightly off-putting downhill landing. 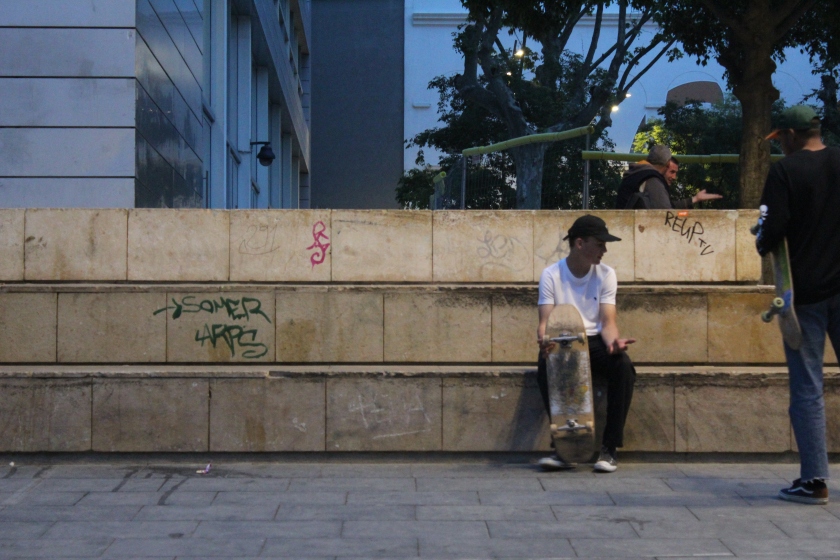 THE BIG THREE, AS IT STANDS NOW

That being said, as long as there are spots, and as long as skateboarding is alive, there will be skateboarders to thrown down and get tricks. Take a look at the our selection below – a list of 6 big tricks that have gone down at MACBA, and 6 skaters who have managed to overcome a spot that punishes as much as it rewards :

Towards the tail end of his awesome Bag Of Suck part, Caswell Berry rolls up and throws down with this awesome late shuv.

We’re giving you three for the price of one here as Jamie Thomas, otherwise known as The Chief, sends MACBA packin with a handful of gnarly tricks in his ‘Misled Youth’ part.

Peep 2001 Skater of the year Arto Saari throw down a monster fakie flip at the infamous set.

Herm has one of the nicest Nollie Inward Heels goin. It looks even better down the four blocks…

Increasingly under the radar, Mystery Skater Lindsey Robertson threw down this mammoth and clean-as-fuck fakie heel in the ‘Black And White’ edit.

The Boss has been killing it for years. Take a peek at this huge and graceful shifty flip – too calmmmm