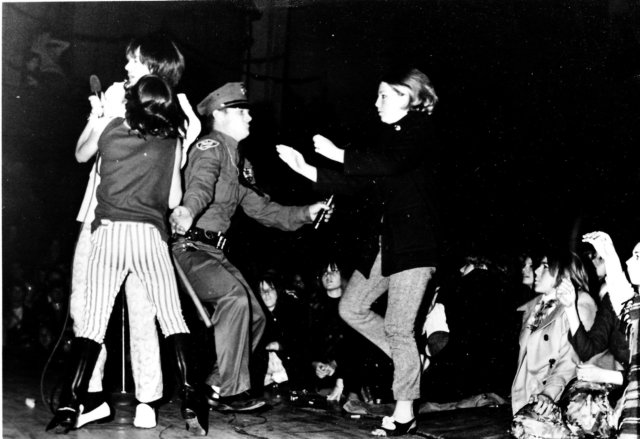 We’re fast approaching festival season, and although the first weekend of Coachella has already been and gone, on this side of the pond we’ve still got a while to wait for the first significant jamboree. If your festival of choice is outside of the UK, you’ll probably encounter some sunshine, booze, drugs, some terrible t-shirts, and awful novelty hats. If you decide to stay on our island, you’ll most probably get rain, mud, booze, drugs, terrible tshirts, and awful novelty hats – and that stupid fucking ‘ALAN!’ ‘ALAN!’ ‘game’ that no-one should take part in…ever.

Though the weather, the clientèle, and the acts will vary depending on where you go, all that other stuff will be pretty comparable. There’s another trope of the festival, and of live music in general, that we’re forgetting to mention however – one that’s bound to crop up no matter where you are. We’re talking, of course, about the stage invader, the set crasher, the sometimes-brave-soul other-times-dickhead that manages to rush the set for a brief 15 seconds of fame.

Sometimes these invasions end up producing unique, touching, or straight up awesome off-the-script interactions between the artists and the fans. A lot of the time though, someone just ends up getting punched in the face…

It’s starting to seem like invading the stage at a Riff Raff show without getting your ass handed to you is a nigh impossible feat. Riff and his bodyguards are steady building a highlight reel of NFL-style sacks, tackles, and slams that will make future would-be rushers think twice bout trying to steal some shine from the Neon Icon.

Everyone’s already made the jokes, including Afroman himself – and understandably there was significant controversy and backlash. Peep the online beef and the brutal haymaker that sparked it, below: 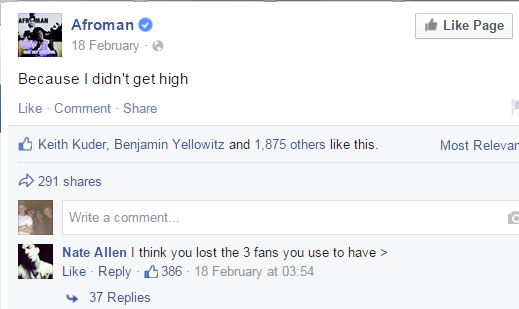 Plies goes toe to toe with a fan

Another recent invasion here that actually seems to be a reversal of the trend. We’ll break it down for you, because usually it goes like this –
Fan invades stage – fan does something stupid/strange/attention seeking – fan escapes said stage, or gets brutally dealt with by artist and/or selection of scary bodyguards/security. But hey, there are always exceptions to the rules, and Plies found that out recently in Tallahassee:

Keith Richards chops a dude down with his guitar

Soulcalibur: Rockstar Edition, sees Keith Richards chop down an onrushing fan with his Fender Telecaster during a 1981 Rolling Stones set. Apparently Richards bailed the dude out of jail at the end of the night (as detailed in this interview)

Everyone’s favourite rapper, Pitbull, seemed to take particular offence to a fan who – after being helped up on stage – threw a bunch of money in his face. For a man that seems to wear sunglasses perpetually, regardless of the occasion, the weather, or the lighting, Pitbull seemed to have some lightning quick reactions here.