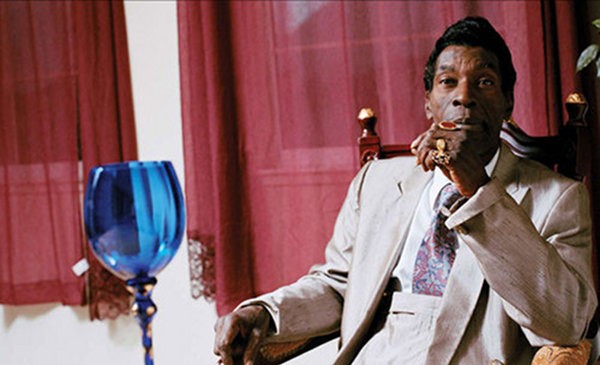 Daptone records and their revivalist approach to soul, funk and R&B music, took Charles Bradley from small-time James Brown impersonation gigs, to releasing a 2011 album that would end up being contender for album of the year. There is so much more to be said about the struggles, tragedies and successes of Charles Bradley – a man who’s fascinating character is matched by his fascinating story. If you want to know more about him, we recommend watching the awesome documentary Soul Of America

Lee Fields is another artist on our list that was initially lauded for a physical (as well as a sonic) resemblance to James Brown. Through industry, hard work, and talent however, Fields has gained respect of the music industry, and admiration from fans of soul and funk everywhere. Active since the 60’s, Lee Fields seemingly hasn’t stop contributing to soul – recently he teamed up with The Expressions to release a number of albums – check out this track from their 2009 joint My World

Darondo was an almost mythological, legendary figure of soul and funk music. Information surrounding his career and his personal life is scarce, but music enthusiasts and scholars hold his discography in high esteem. Recently there has been a resurgence of interest in Darondo’s music due to other artists covering him, and also the presence of his music on popular Tv and Film. Ubiquity released his album Let My People Go, in 2006 – listen to a track off of that album below:

Joy Denalane is a German singer and songwriter known for her contributions to the soul, R&B, and African Folk genres. Denalane sings in both German and English, and this track featuring Raekwon is a joint off of her second album Born And Raised.

Another example of Daptone’s revivalist aesthetic and approach, Sharon Jones and the Dap Kings are arguably the labels most prominent and successful artists. Jones and her accompanying band capture, in our opinions, the essence of what soul music seemed to be at the height of its popularity in the 60’s and 70’s- as such, they are a welcome dose of nostalgia in a musical landscape that is increasingly saturated by boring and similar artists.

Michael Kiwanuka
Worry Walks Beside Me – (2012)

Kiwanuka is probably best known for his massive single Home Again that attained a great deal of attention, focus, and praise. Kiwanuka is undoubtedly a talented guy, and his soulful voice and musical abilities have brought forth comparisons to legends such as Bill Withers and Otis Redding. Lend your ear to this little known track below: