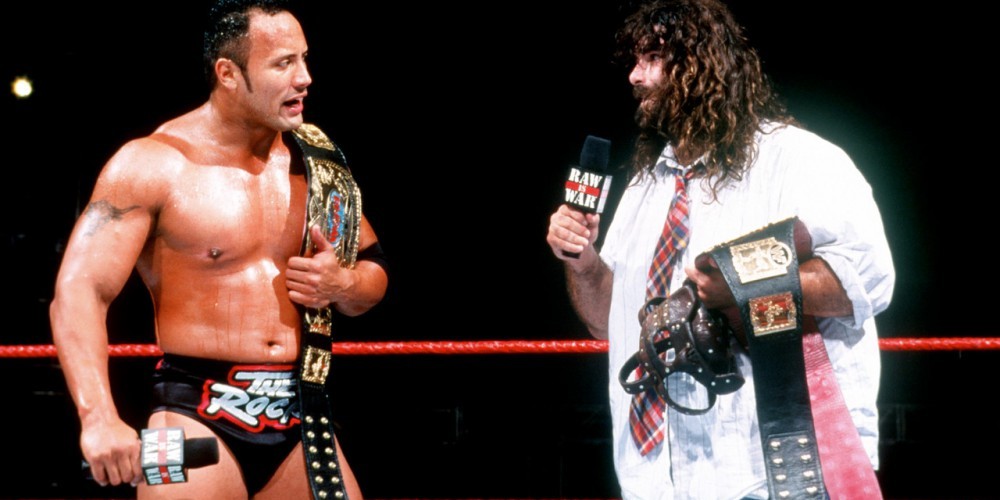 Back in the days when The Rock threw down the people’s elbow instead of another iteration of The Fast and The Furious, wrestling was huge. Not going to lie, we definitely remember trying to Chokeslam friends for imaginary world titles (and definitely remember parents getting vexed about said chokeslam attempts). Shit, wrestling is still huge, but it usually falls in the category of ‘things you grow out of’ by the time you hit your early teens. Try telling any 6-10 year old kid that wrestling is fake and see how quickly they shut you up – damn even when we clocked that it wasn’t real there was still a solid year or two of enjoyment. It was the biggest, baddest show on television for a lot of us – and the dudes and ladies that threw down in the square circle made it so. What’s even cooler though, is that these caricatures, costumes, and gimmicks mostly get better with age; kind of like a fine wine. I truly didn’t realise how much of an absolute baller Val Venis was until re-watching his intro theme. All this being said, take a trip down memory lane with us as we hit you with 6 of the most ludicrous, outrageous, gangster ass, smooth Wrestling intros that send us straight back to early morning weekends, stone-cold stunners, rock bottoms, and pissed off parents.

Phallic symbols and innuendos everywhere – but peep The Big Valbowski appear out of the shrubbery in the purple bucket, its too much!

The Rock
Ain’t much to say here but ‘know your role’, ‘shut your mouth’, and watch this intro you jabroni

HBK
The Heart Break Kid’s intro is another perfect example of the arrogance and braggadocio that made wrestling so jokes back in the day.