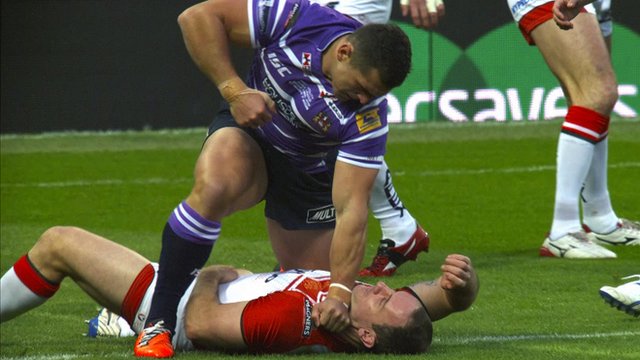 Ben Flower recently became the first player to be sent off in a Rugby League final for dishing out some…severe punishment to Lance Hoaiai. Being pretty big sports fans here at 6, we started to think of other famous and infamous sporting confrontations in recent memory. In the age of the £300,000-a-week contract, its refreshing to see some passion in the game, but some of these attacks are pretty deplorable. However, you have to admit that there’s an undeniable interest, twisted though it may be, in watching train wrecks unfold. Imagine Jerry Springer or Jeremy Kyle but on the court, the pitch, or the field. Check out 6 Infamous clashes below.

Pistons Vs Pacers – The Malice At The Palace